December the 21st, marks the shortest day of the year in the Northern Hemisphere and the longest night.

This Festival has its origin in Paganism certainly, from Ancient Rome. Celtic, to Indigenous American cultures around the world, who have held feasts and celebrated holidays around the “Winter Solstice”. From Egyptian goddess, Hathor’s love of dancing and merrymaking to St. Lucia in Scandinavian countries and Saturnalia – an ancient Roman Solstice dedicated to Saturn – the god of Agriculture, which could undoubtedly be the foundations for our present day, Christmas office parties.

Winter Solstice marks the time of passage from darkness to the promise of light, and the new hope of longer, brighter, sunnier days ahead. Hope, wrote Nick Cave, “rises out of known suffering and is the defiant and dissenting spark that refuses to be extinguished”. Lightening a candle nowadays is a Symbolic tradition in the depths of the dark winter and when left on the windowsill is also a welcoming gesture of goodwill at this special time of year.

This time of year was, and is Sacred and Revered in many Religious Ceremonies, bringing about new hope, and celebrating the birth of Jesus, to the Sacred Fire and the light of the world, all Representing the end point of one Natural Cycle and the beginning of another! 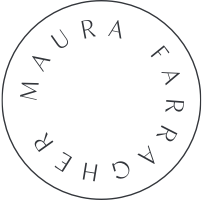 Your mind is intrinsically connected to your body. Download my free guide
to the best herbs and body practices to support your mental health.

Stress & Anxiety doesn’t have to feel futile. Download my free guide to the best herbs and practices to take charge of your journey.